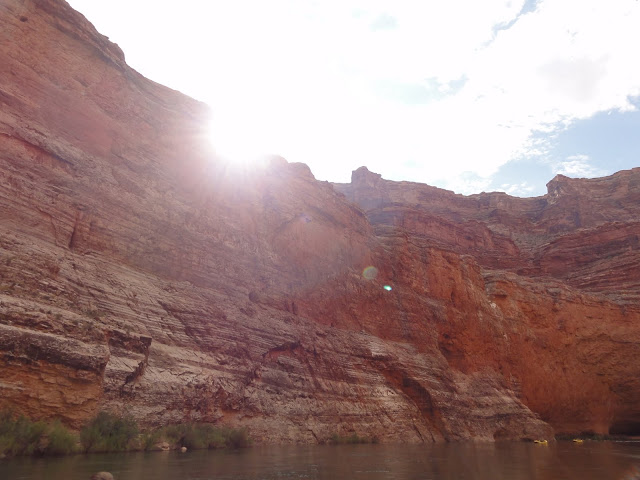 I was up early again this morning, right around first light. I had the WORST night's sleep ever. We all put up tents because there were some clouds that made us think it might rain in the night. Mary and I put up our tent and the rain cover, and it was SO HOT and humid, I'm certain than neither of us hardly slept at all. And to make it worse, the rain never came, so there was all that heat and sweating for nothing! I don't have a watch or a clock, so I think that the coffee call came around 6:30. I was up early enough to hear the 'jet engine' sound of the propane-powered blaster used to boil the water.

The coffee we drink is Cowboy Coffee, which has obvious origins with American Cowboys of the West, and would have traditionally been made over a campfire. Cowboy coffee uses coarse grounds of coffee (think a larger grind than French Presse). Boiling water is poured over them, and when the grounds settle, it's ready to drink. It's usually not filtered, and judging by the grounds I chewed up when I was drinking mine, we won't be filtering ours either. Breakfast was a smörgåsbord which included eggs to order, bacon, cereal, fresh melon, yogurt, granola, and toasted bagels with jam. 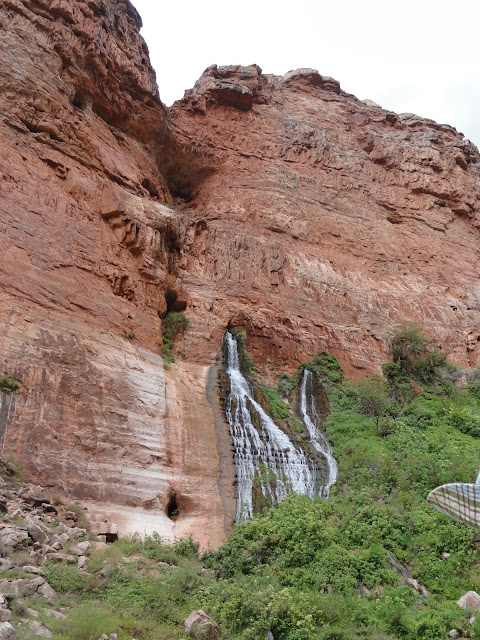 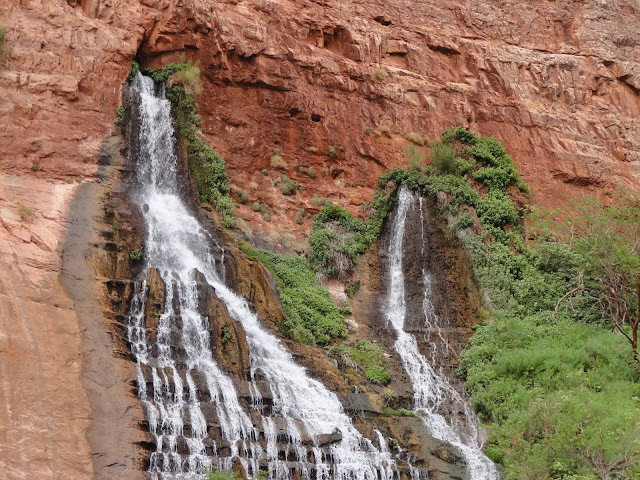 The morning ride was brief, and we passed by Vasey's Paradise before stopping for about 30 minutes at Redwall Canyon -- a wide amphitheater-beach at the edge of the river. The guidebook says it is estimated to be large enough to seat about 50,000 people. I think that assessment is pretty accurate, if you'd be able to get 50,000 people on the river at any given time. 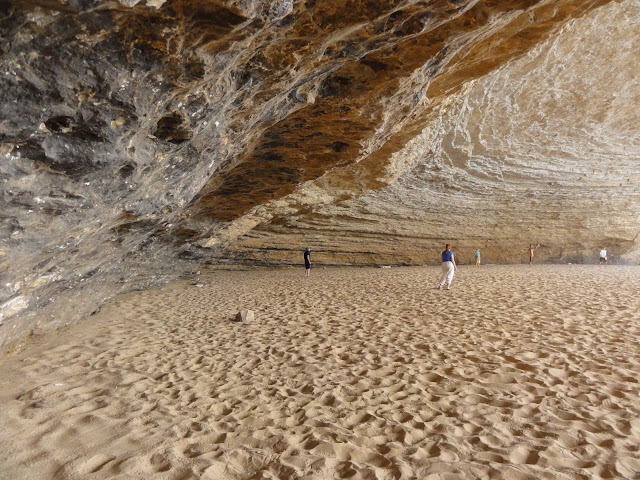 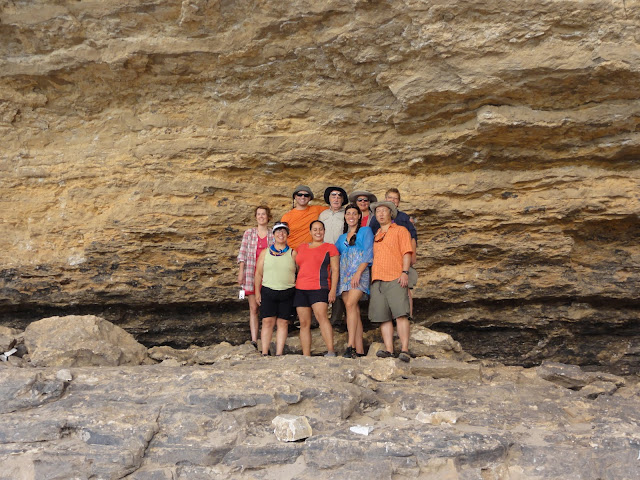 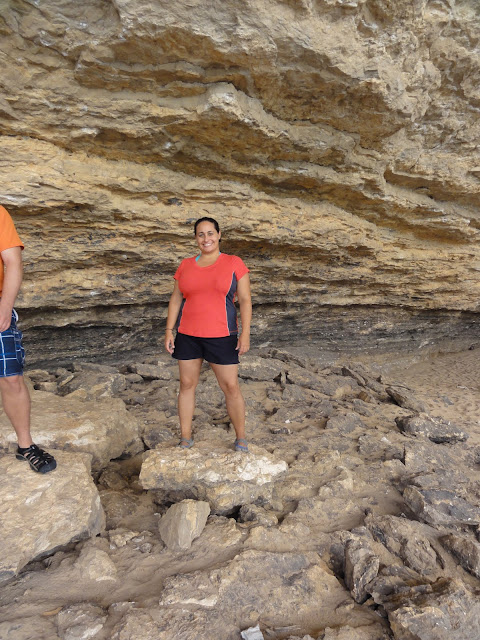 Most of us took pictures, because this canyon was pretty extraordinary, and of course, beautiful, as they all are. I also took the time to paint a mediocre water-color. Not even very good for mediocre, but so-so for my first try, I guess it wasn't bad. After packing back up onto the raft, we rode for a while , and stopped for lunch. The Newman Ginger O's went quickly at dessert. The group is starting to gel some more, as we get more comfortable with one another. While stopped, some of us took the opportunity to take a bath in the freezing water. The water was so cold, so I could only go in thigh-deep and was shivering. Suffice it to say, I don't think I got very clean. 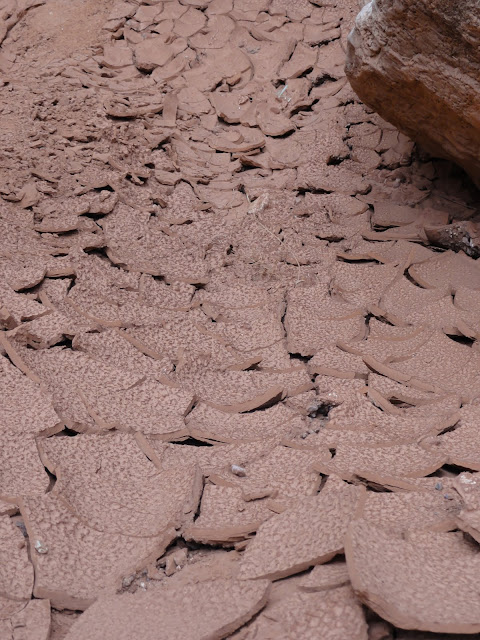 After lunch, we hiked the Buck Farm Canyon, just after mile 41. The hikes are all optional, due to the varying skill-level of the rafting groups. There was a bit of a scramble over the boulders on this hike, and that was probably the hardest part. 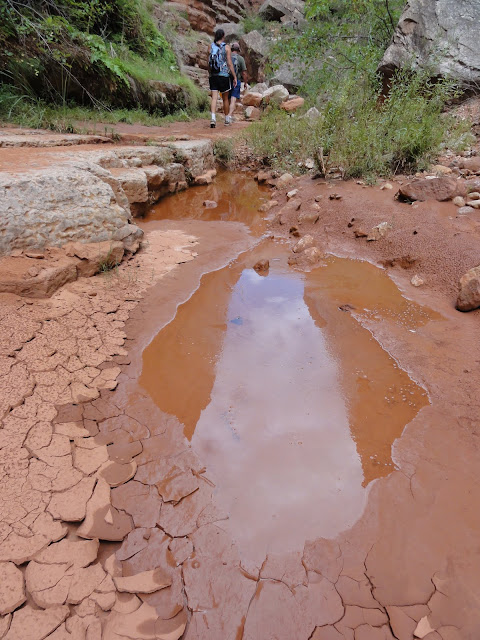 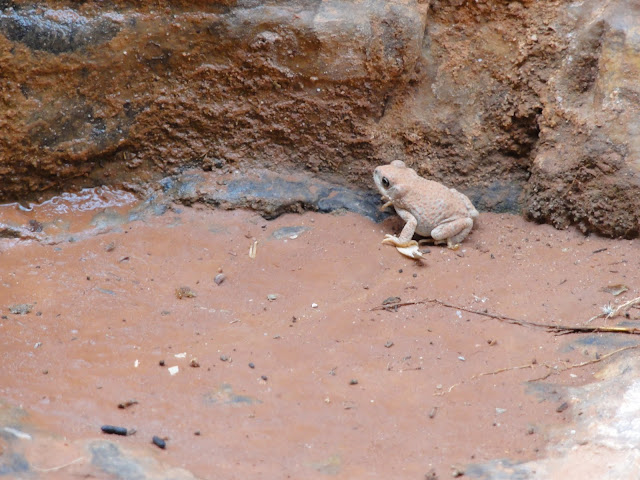 Once inside the canyon, there were some small ponds that played host to clouds of tadpoles, and young frogs. 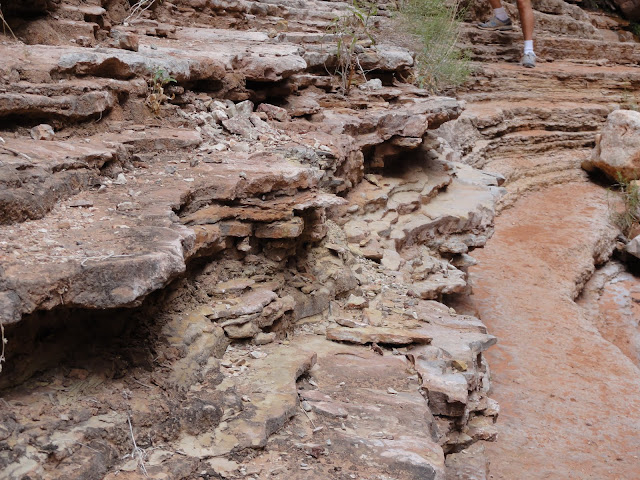 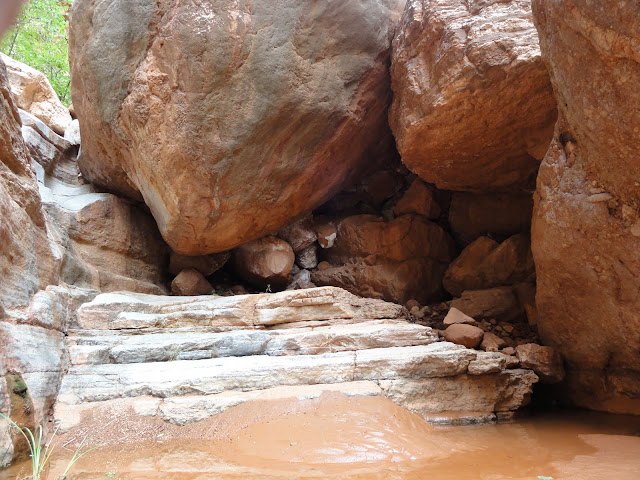 On the way back, I twisted my ankle (the reconstructed one), and though I didn't pay much attention to it, once we made camp (Lower Nankoweap) and stopped moving for a while, it finally started to swell a little and hurt. 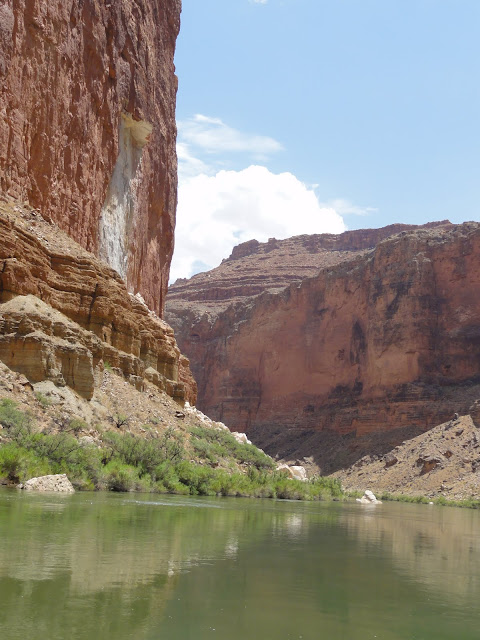 Tonight's dinner included burgers and brats on the bbq, and they were so good! The guides also surprised us with a fresh-baked carrot cake! I don't know how they did it with a camp stove, but it was a welcome surprise. After dinner, Luchs, Kelli, Mary, Kee, Jones, (who else was there?) played apples to apples around the circle. A larger group of us also tried to play chase the Ace, but it eventually got too dark. I took this opportunity to take some failed photos of the stars before going to bed. 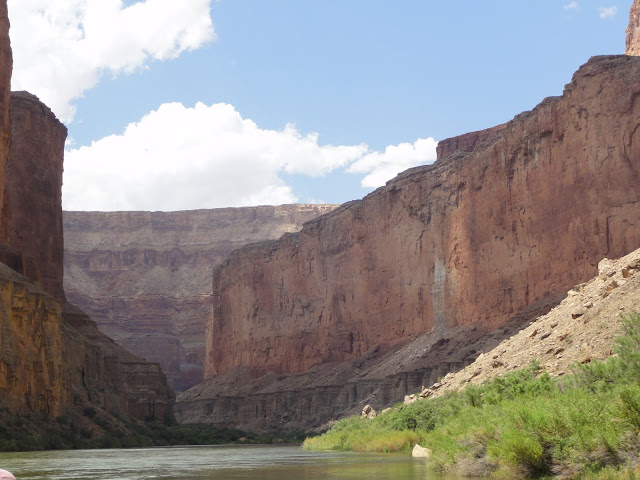 Sleeping was tough again because of the heat. Plus, I was still irrationally paranoid that a bad, kangaroo rat, or cicada were going to eat me while I slept. A few times I woke up thinking that it was time to get up, but I was wrong. The moon was as bright as the sun!
Posted by Lauren at 08:19 1 comment: