A friend of mine in town over Thanksgiving gave me "raspberry" as the main flavor she wanted for her rather belated birthday dessert. I quickly discovered that it's really hard to find a dessert that's all about raspberries and not chocolate with raspberries. I eventually did find one though: hot raspberry souffle.

I've not done a lot of souffle-ing so I had to get myself some ramekins. That done I just had to tackle the actual recipe and hope for the best. Souffles are supposed to be deceptively difficult due to the delicacy of the meringue and something about not walking around near the oven so they don't fall...all in all though it proved easier than I was expecting.

The recipe itself is fairly simple. To make 8 you need:

Blend raspberries and 3 Tbs sugar in blender or food processor. You are then supposed to strain it into a heavy saucepan but I neither have a strainer nor did I feel like trying to clean itty bitty raspberry seeds out of one (that's such a pain). However I don't think the recipe went bad for lack of straining. 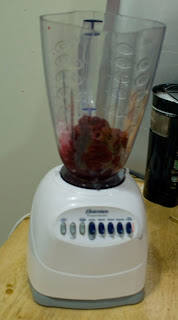 Once you've got your strained or not juice into the saucepan, whisk in the cornstarch and heat until it boils and thickens to the consistency of pudding. I'd really suggest keeping your eye on this. I was trying to do other things at the same time and my mixture thickened long, I think, before it even thought about boiling and I almost lost it. 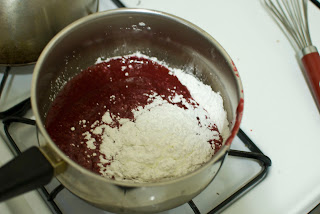 Cool this completely before doing anything else. I made it 2 or 3 days in advance of the actual souffles so it does keep well. But if you want to use it right away, put it in another container and put it in the freezer, stirring occasionally.

Beat the egg whites until they turn a nice foamy white and form soft peaks. Continue beating and gradually add the sugar. Now you want to beat until it forms stiff peaks. Use caution because over beating will deflate the egg whites and you'll have to start again. 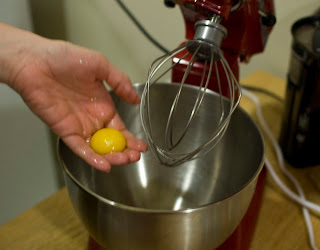 I always separate eggs with my hands...a little messy sure but I think it works better than the shell method. 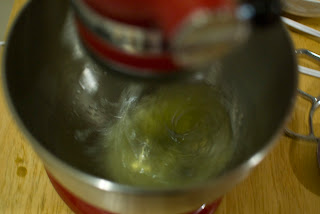 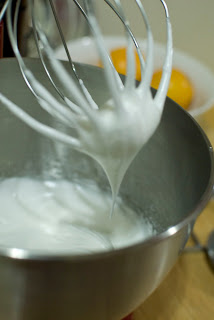 Once you've achieved sufficient foamy stiffness, fold roughly 1/3 of the meringue into the raspberry mixture then add the rest. 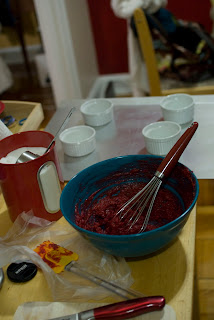 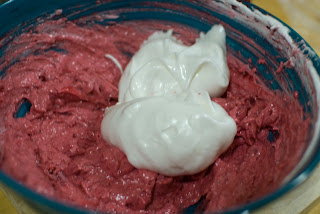 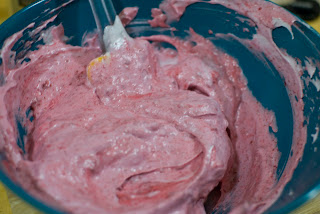 This you will spoon into the ramekins you prepared earlier by buttering and sugaring the insides. 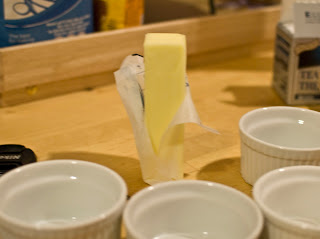 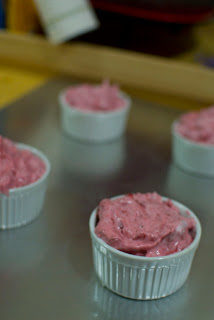 Bake at 375 for 15 or so minutes or until they puff up and are pale golden on top. 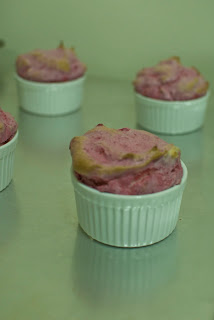 And viola! We ate them as they were but they would be lovely drizzled with chocolate or served with ice cream.
Posted by Andrea at 02:10 1 comment: