I am acclimatizing more and more to living in Istanbul and I have a routine now and am settling into life here. However I am also still experiencing a few ups and downs.

I finally figured out my washing machine. Don't get me wrong, I am really happy to have one but there are so many settings and words that are not in English that I just couldn't figure out how to run the thing. The washing machines in my building in DC basically had: cold, warm, hot, and on.


I spent a lot of time running from the washing machine to my laptop so I could Google translate (which so far as proved pretty decent for the Turkish). The first load I washed took over three days to dry and I had to wring gallons of water out of each article.


However after yet more Googling I realized that all those numbers were the spin cycle! Subsequent washing has gone much better and things take hardly any time to dry since the 1000 setting there practically dries everything in the machine. Which is a good thing since, in place of a dryer or drying rack, I run a line from some pipe to the shower, wrap it around the shower frame, then run it to the other side of the bathroom to the towel pegs. It's really disruptive to my make up routine to try to apply it all while peering around drying socks and underwear.

And while I'm all happy about finding the spin cycle the universe says, "No, no you cannot enjoy that triumph," and I fall down. Usually I save my falling down stories for my other blog,but I really just don't like drawing stick figures. It's a lot harder than you'd think. Anyway, I fell down. I was walking from the tram back to my apartment and since the weather was so nice I was wearing a skirt. So when the universe pushed me down I left most of my skin on the sidewalk.

It was a pretty good fall too; I went from vertical to sprawled across the sidewalk with all my things spilled around me in a matter of seconds. I guess the good thing about an injury like this was that all I had to do was walk, well limp really, into a pharmacy and point at my leg. No language skills needed.

Apparently this wasn't enough for the universe though. The next day I was limping to a meeting with official US government personnel when it happened again. Luckily, I didn't actually fall this time; I just did that swimming in the air dance you do when you try to not fall. I may not have made it if I'd actually fallen. I was on the busiest pedestrian street in the entire city and may have been trampled. While I saved my skin from further removal, I tore the muscle in my right calf that I had strained a few weeks previous. Unfortunately I still had to limp my way down the entire street to get to my meeting and was completely flummoxed as to how one limps when both legs are injured. I totally took a cab home.

A few days later, a friend from my Turkish class introduced me to a local, independent coffee house, Cherrybean Coffees. Absolutely fantastic. I have never used the word 'luscious' to describe coffee before but it is a well deserved adjective.

This is now my Sunday post Mass hangout where I do my homework. I also bought some of the beans and make coffee at home. And sometimes I just take it out of the freezer to smell it. It is THAT good. My only wee little complaint is that people here don't seem to understand how a French Press works and grind the coffee for me in a grain almost fine enough to make Turkish coffee. My mom is totally bringing me a coffee grinder when she visits next month. Little does she know! 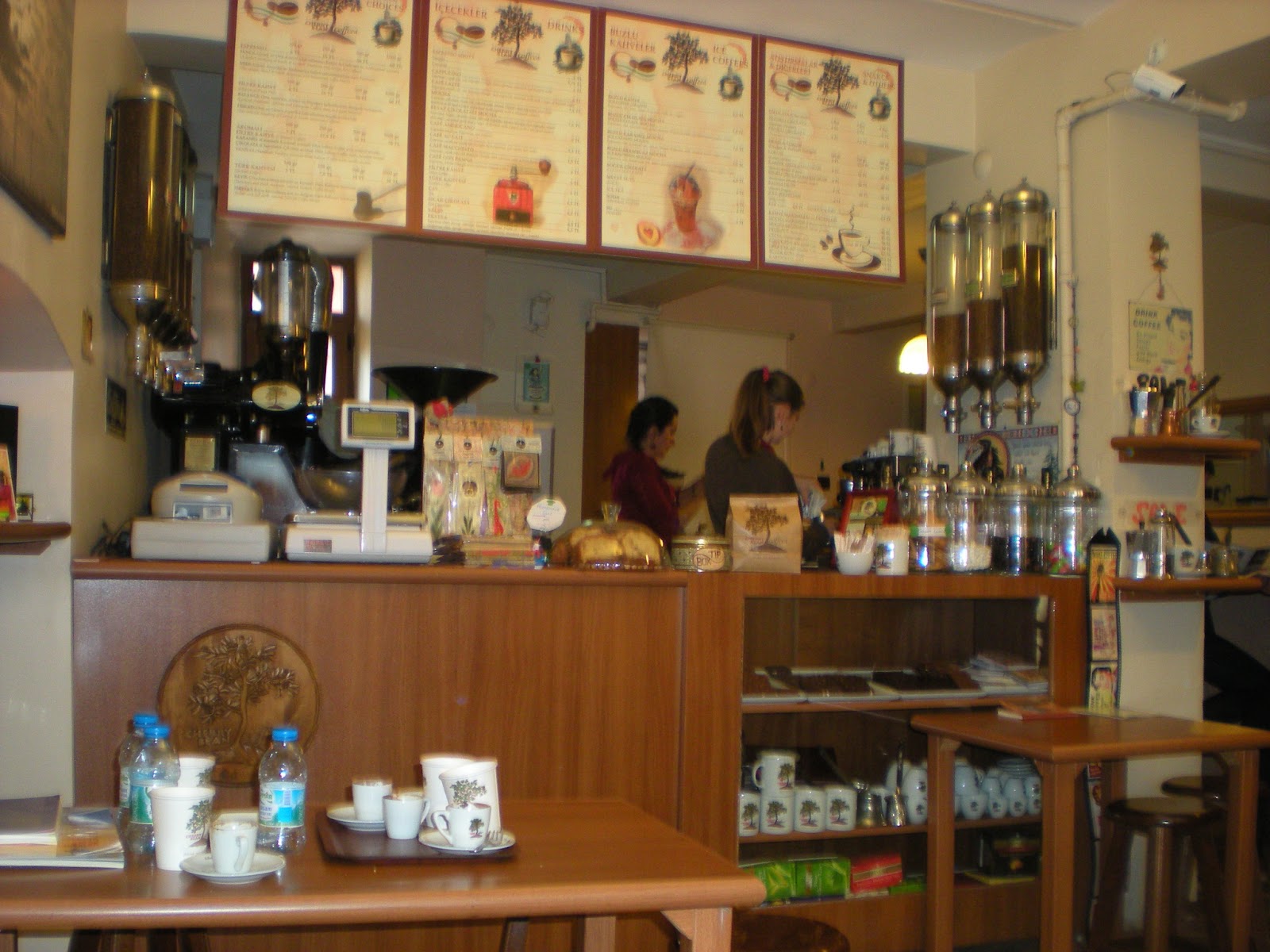 And lest I should think I came out on top of the universe, it struck again. I think I have fleas.

Since moving to Istanbul I've had to relearn how to cook. Mostly I make pasta because it's simple, versatile, and doesn't require more than the one pan and one pot that I have. However I do want to learn to cook Turkish food. While in the long run that means getting my rage repaired so all four burners work, buying more pots and pans, and figuring out all the spices, I thought I could at least do something simple with what I had on hand.

I'm always so wrong about these things.


I can't cook. I'm not sure I ever could? Pretty much anything and everything I have made in the past has been at least 80% done in an oven. I am flummoxed by the range. Although this time I think I can only blame it for a small part of the failure. I was trying to recreate a deceptively simple recipe I had while in Gaziantep and it did not go very well.

Since I no longer have an oven, a Dutch oven, or a convection oven I was momentarily stumped as to how to do one of my very favorite things-roast garlic. So I turned to that arbiter of all knowledge, Google, where someone had posted that you could "roast" garlic in a microwave.

This didn't work for me. I followed the directions and drizzled a little olive oil on them, wrapped the cloves in paper towel, and nuked 'em for about 30 seconds each side. By the time I'd done all the cloves (doing only 3-4 at a time) and was prepared to chop them all for the yogurt they had all shriveled and hardened. The only good thing that came out of this experiment is that I now know how to make my own garlic powder.

My second mistake was the eggplant. I tried to dry roast it on the stove. It actually worked semi well. However I should have peeled it first I think. Scraping the eggplant meat out of the skins was not a pretty process. 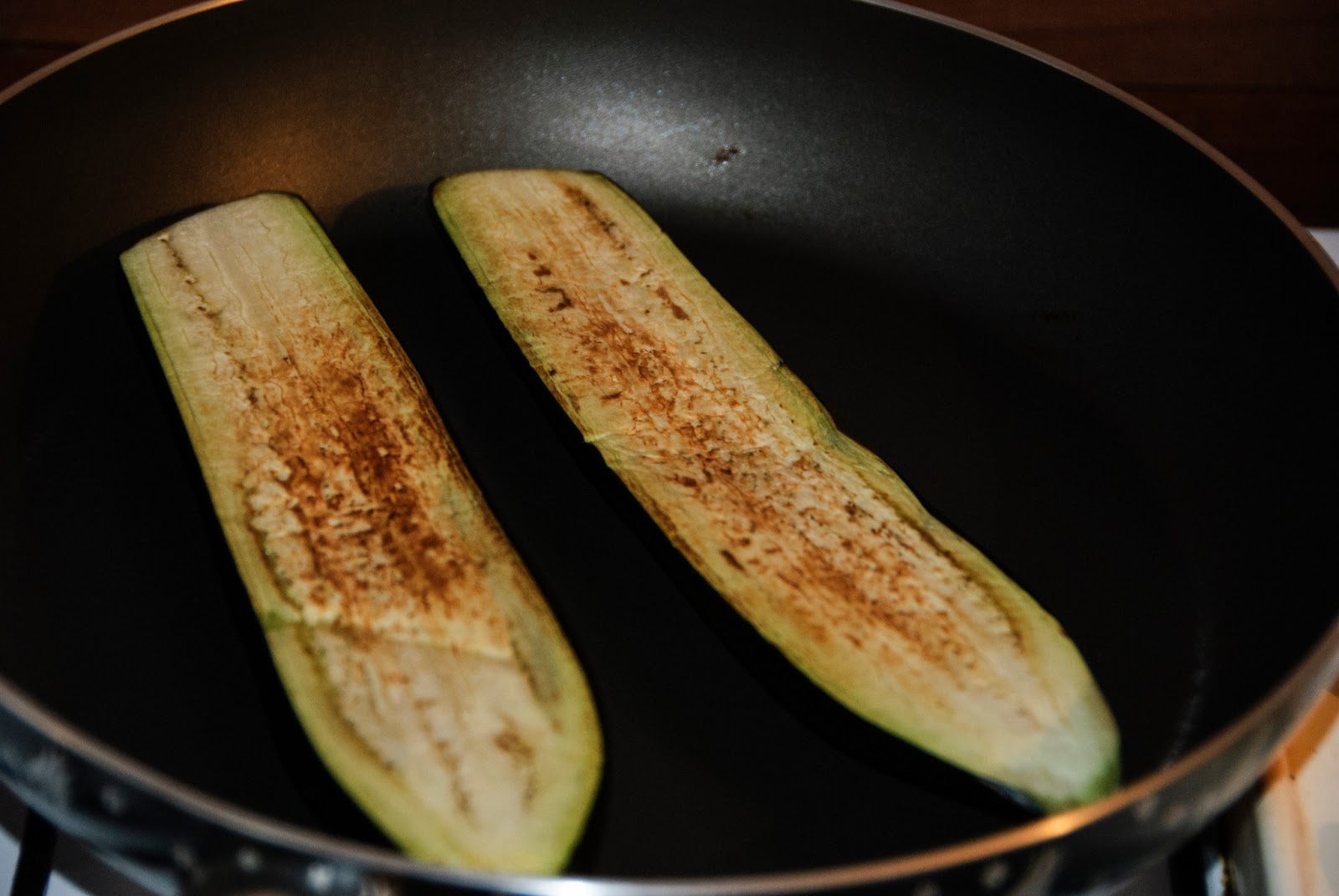 The final failure in attempt number one was the meat. I bought ground meat at the grocery, I'm still not sure of it was beef or lamb frankly, and sauteed it with salt, dried red pepper, and my new supply of granulated garlic. When I put the dish together it looked pretty much like what I ate in Gaziantep. It did not, however, taste anything like it was supposed to.


Not to be defeated I tried again. This time I thought that, instead of just frying meat I'd also try my hand at making kofte, traditional Turkish meatballs. Wisely planning ahead I put out bread slices the night before so they could dry out. I then crumbled the bejeesus out of them. It worked pretty well until I got tired of smashing hard, crusty bread with my fingers (as a rolling pin is one of the many kitchen tools I now lack). 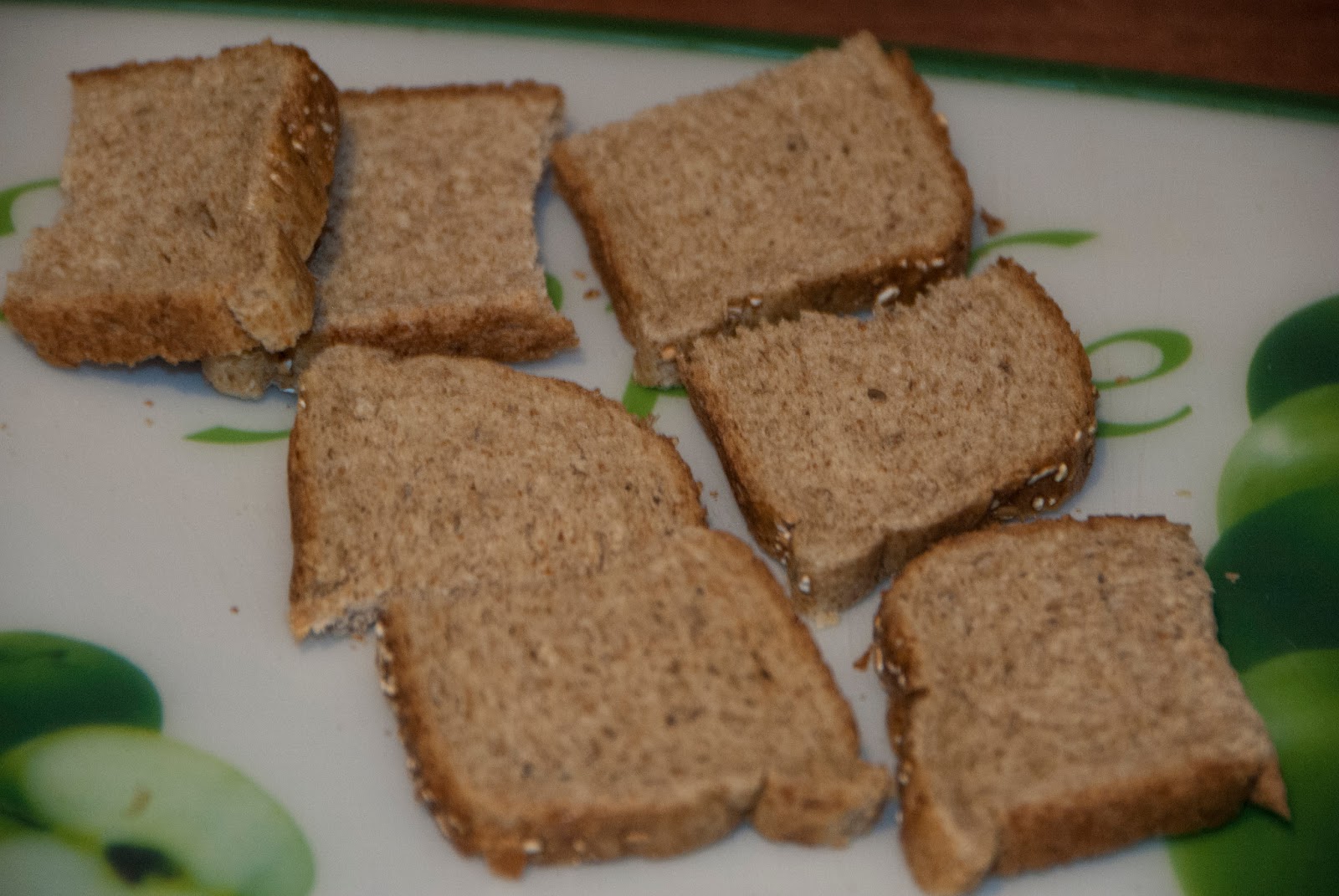 I also decided to take the garlic yogurt integral to the recipe in another direction. Rather than trying to roast garlic I decided just to use it in its raw and awesome power. So I smashed a bunch of cloves and chopped them all as finely as I could (I also do not have a garlic press anymore). This time I also remembered to add salt. A lot of salt. I don't think the salt here is as salty as it is in the States. 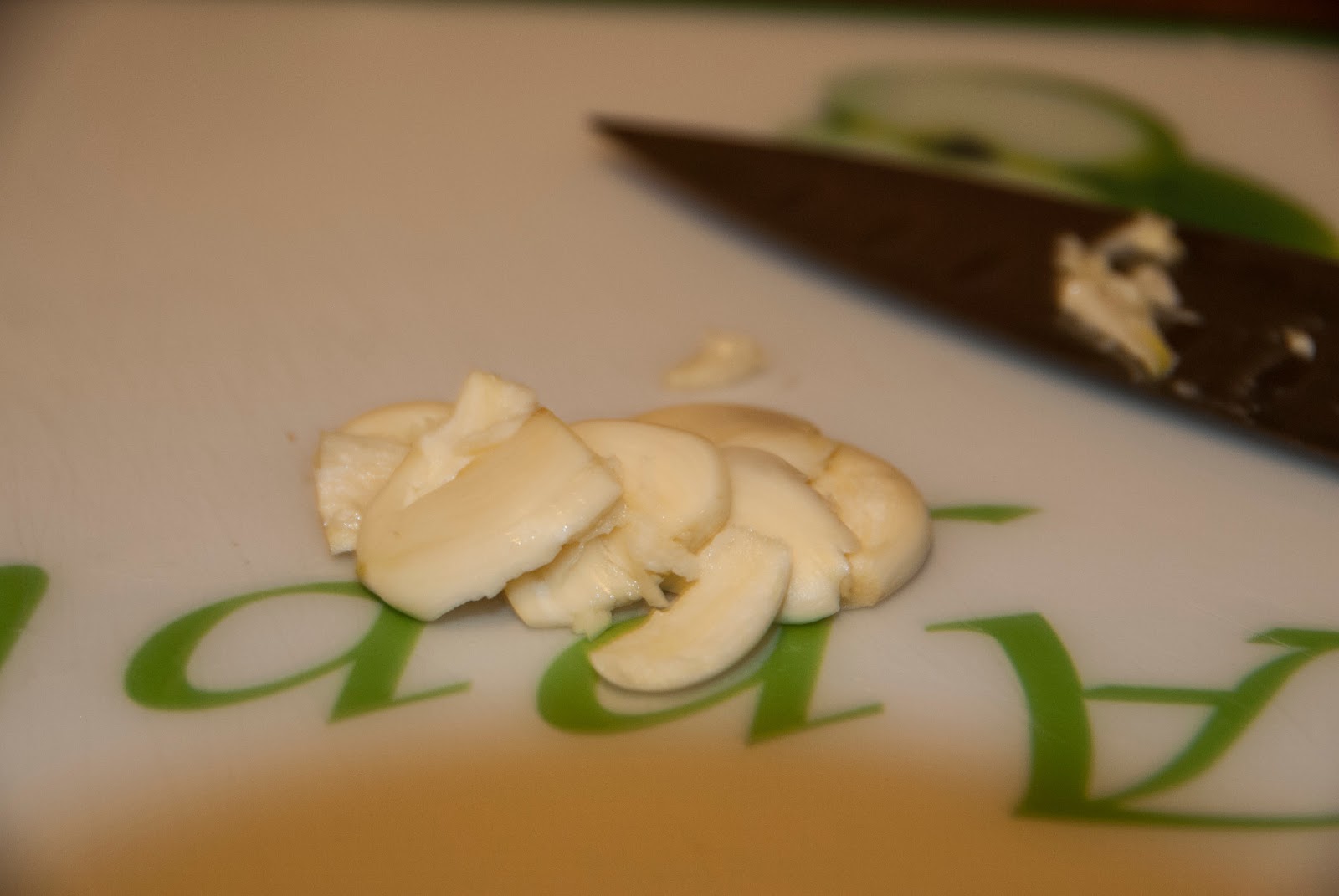 I also decided to save myself the mess of roasting eggplant and just pre peeled and chopped them for a good saute in a little oil. Way much easier.

And then the kofte. Since the spice stalls all sell "meatball" spice I thought I'd give it try. It didn't work too well. I may not have added enough frankly. Since I have no idea what makes up "meatball spice" I was a leery of using too much so I think I erred on the overly cautious side with not nearly enough.


In addition to the "meatball spice" I added dried red peppers, salt, chopped garlic, the bread crumbs, and an egg and mushed it all together. I really hate the feeling of raw meat. It's just so gross. And sticky.


Kofte are traditionally grilled, I think, but I don't have one of those, or an oven and a broiling pan, so I tried my hand at frying the kofte. Which did not go well. They got a little burned on the outside and I don't think they ever got quite done in the middle. And any part of the meat that wasn't touching the pan got cold. I really have to figure this out.

In the end I just got tired of waiting and decided to risk the kofte be they done or not. I'm really not sure at all if they were (I'm thinking not though because there were a little gooey on the inside and meat shouldn't be gooey) but they sure were not well seasoned. At least that's a fairly easy fix if I decide to try these again.


In the end, the tastelessness of the kofte was saved because I at least got the yogurt part right...so as long as I got some yogurt in every bite it wasn't too bad. I will try my hand at kofte again-but probably not very soon.

The kofte didn't work out at all so I'm not going to bother with that; and I'm not even sure it's worth writing the garlic yogurt recipe since I measured nothing...but here we go.

Recipe:
Garlic Yogurt with Eggplant
Mix it all together and enjoy! I think next time I'll use at least half again as much garlic in the yogurt. Although likely I'll just stick to pasta for the time being!
Posted by Andrea at 12:46 2 comments: