If you look up this recipe online it's called 'saksuma' but most menus I've seen list it as 'imam beydeli' (which the internets say is actually stuffed aubergine and frankly, if I'm going to faint over anything-imam beydeli means 'the imam fainted'-it's going to be sauteed lamb stuffed in an eggplant). But whatever it is, it's yummy and you should make it. 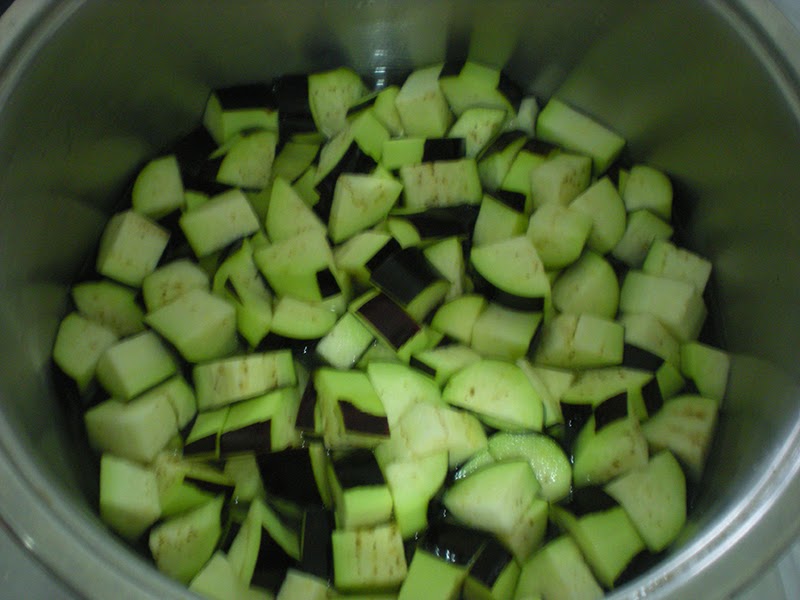 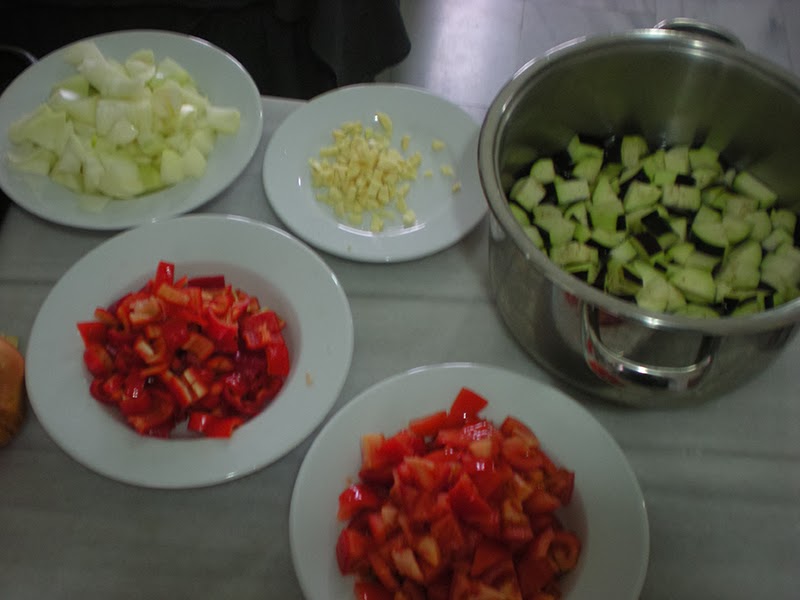 Saksuma, or whatever it's called, is a pretty standard appetizer menu item in Turkey. It's served cold (or room temp) and usually with bread but is good to just eat up too. I also like to eat it with a salty beyaz or goat cheese. 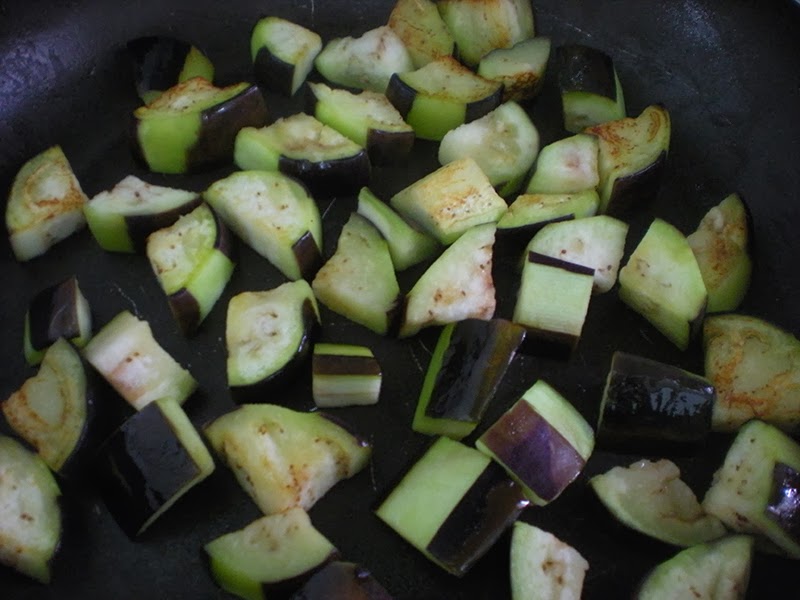 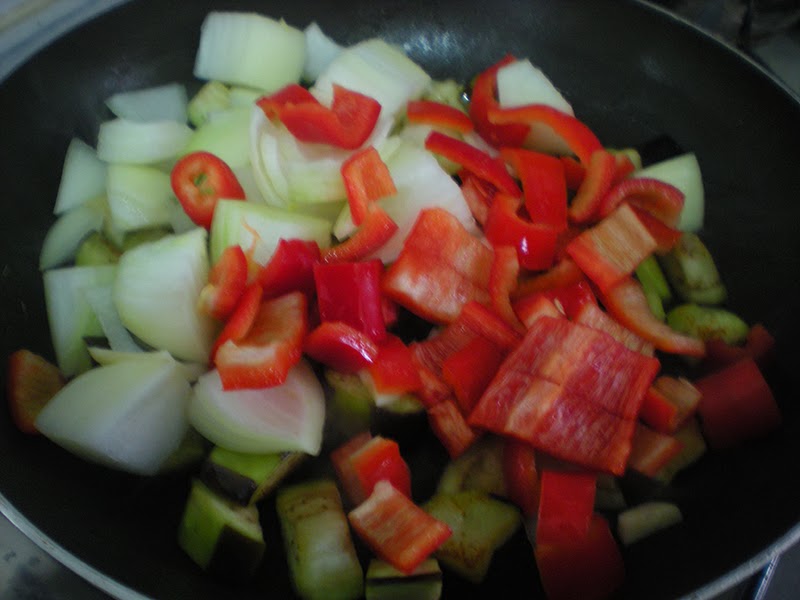 And bonus, it's really easy to make. The only issue I had with it is that I have only one small sauce pan and I needed to make a big batch of it. 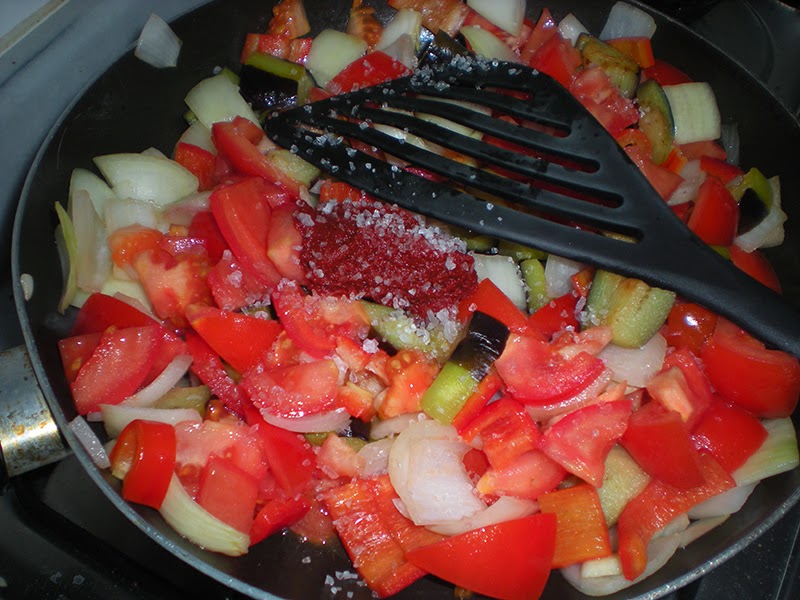 I've never eaten it hot because it's supposed to be served chilled but I imagine it would taste just fine warm.

This amount makes enough to be an appetizer (especially if served with bread and/or cheese) for 2-4 people or a side dish for 2.Now you make it :)