Napalm in My Mouth

As part of a tradition started a few years ago with one of my best girlfriends; Lauren and I now choose words for birthdays and Christmas. You give the other person a word and she buys gifts that correlate with said word. Past words have included: twisted, peacock, vintage, posh...my word for this birthday was 'spicy'.


Lauren did a really great job with 'spicy'. In addition to a book about all the different kinds of peppers found in the world and used for cooking; she also got me the Sriracha Cookbook...and I'm having a Sriracha-themed dinner party next week so look for a post about that soon!
The last gift to arrive was a package from Fusion Sweets with a selection of spiced caramels. Awesome. I love caramel, I love spices, I love weird flavors together; this was perfect. In my selection she sent: Coconut Thai Chile, Pumpkin Pie, Masala Chai Spiced Butter, Star Anise Saffron, and Bacon Habanero Sea Salt.

I was super excited and dived right in. I love me some bacon with chocolate so I was curious to see how it went with caramel. When I unwrapped it, I found the candy to be really gooey and sticky. And yes I could see the bacon clearly in the caramel, but I couldn't really taste it. I tasted the habaneros though. A lot.

After I recovered I went for the star anise saffron. I am not a fan of anise, which you might find odd if you look in my liquor cabinet and see the three bottles of absinthe, but it's never really been a flavor I liked. However I do like saffron, a lot. The anise flavor was pretty strong but the saffron still came through, and even though I don't like anise, I didn't dislike the the caramel.

Moving on! Masala chai spiced butter. I was really looking forward to this because I love Indian spices, I love chai, and I make some of the best darn chai you'll ever drink outside of India. This was lovely. The flavor was far more subtle than I was expecting but quite nice. I only took one-two small bites of each of the caramels since this was an official, scientific tasting, but I can guarantee that I will be unwrapping it again and finishing this one. 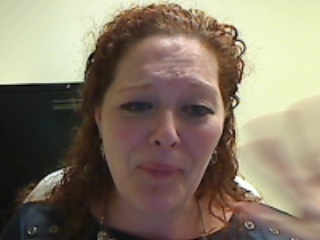 Pumpkin pie! Who doesn't love pumpkin pie? It's the only Thanksgiving food (other than Lauren's sweet potato souffle) that I like.I was all prepared to devour this one. But I didn't. Let me tell you why. Because it tasted like pumpkin.

I know you're making puzzled face and thinking, But of course! What else would pumpkin pie flavored caramel taste like?! Well...pie! There was a very strong, not unpleasant pumpkin flavor. But nothing of that which makes pumpkin a pie. I couldn't taste any cinnamon, nutmeg, clove, none of that. I'll definitely give it another try but, especially as I'd just had the chai caramel which would have had similar spices, I guess I was just expecting more.

Also I love Thai food and generally I order the spicier dishes. I cannot resist drunken noodles with beef. And we've already discussed how I bow at the alter of Sriracha. So I was really really excited about this. Saved the best for last and all.

The scent was heavenly. Mmmmm. Coconut. I sank my teeth into the candy and savored the first bite, knowing that this caramel, this one only, would I eat in its entirety. I rolled the smooth caramel, made a little rough by the wealth of shredded coconut inside, around my mouth to make the luscious coconutty flavor linger as long as possible.

Just as I was starting to wonder about the Thai Chili part...I found it. Or rather, it found me. In a big way. If I thought the bacon habanero was hot, I was knocked over by this one. For a milisecond the world seemed suspended and I couldn't breathe, then my face turned bright red, I teared up, and started panting like a dog in an effort to cool off my tongue.

Was it just the surprised punch of the chili that caused such a strong reaction? I was really enjoying it before that spice kicked in. I will try it again and hope that, being forewarned, I will be able to enjoy the entire experience of this particular treat.

The caramels came with a freebie; a small packet of vanilla sugar. I figured, especially after that Thai chili, that I should definitely have a small taste of the vanilla sugar. I also have to taste this again because I think that all of my taste buds had melted off my tongue.

After this would I recommend Fusion Sweets? Actually YES! The flavors are unique and I did really like the masala chai. As much as I love spicy foods I am kind of a spice light weight so who knows what you might think? Order some and find out!

Plus I very much want to try some of the berlingots, especially the: basil vanilla lemon, coconut lemongrass, coconut masala (!), spicy strawberry, mango raspberry, guava lemongrass, passionfruit cardamom lime(!)...ok so maybe that was like 90% of the flavors. If anyone wants to send me a belated birthday present in the form of some of the berlingots I won't turn them down!

I also might borrow a few of these flavor combinations for future sorbet and ice cream recipes. There's still plenty of summer left to make those!
Posted by Andrea at 19:32

Well done, Lauren! Everything on the Fusion Sweets site looks incredible. And this is the funniest photo series ever.

They're also really affordable and they had more flavors than I could have imagined. I also really like that they use google wallet as opposed to the evil, evil PayPal. Delivery wast fat and easy, and they were so responsive with my questions.