If you're reading this you know it's because you saw the title and though to yourself, "what the heck is that?!". That, is Tbilisi, Georgia. Isn't it the coolest alphabet ever?

I finally am getting to travel again. It's been so long since I've been abroad that I shudder to think of when that was. Tbilisi was my first stop on a four country tour to visit some of the offices I work with. In fact I don't actually have any work in Georgia, but I needed to go in order to get the extremely difficult visa for Azerbaijan. Although ironically the plane stopped over in Baku, Azerbaijan before continuing on to Tbilisi.

Having heard for years how fantastic Georgia is I was happy to take advantage of the situation; and happier to discover that all the hype wasn't for nothing.Tbilisi is utterly charming, if cold. I don't know why I didn't think it was going to be winter cold but I decided it wasn't and packed like it wasn't. Big mistake. I ended up wearing two pairs of socks everyday, often also with tights under my trousers, and wishing I'd brought thermal underwear. 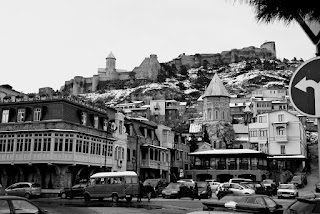 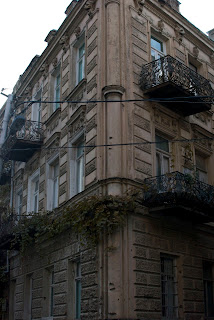 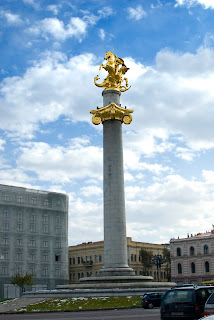 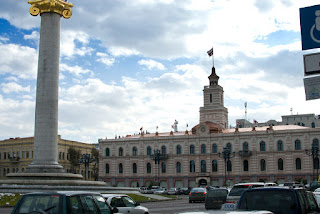 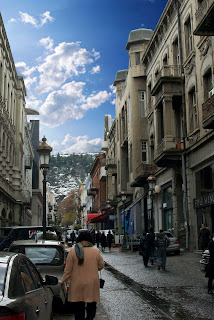 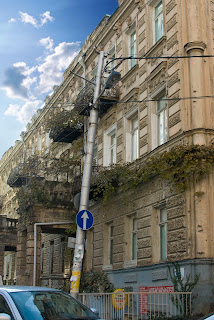 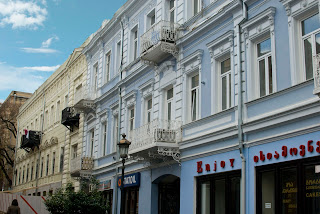 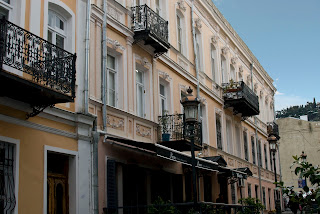 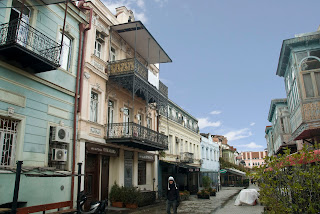 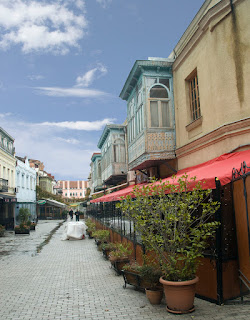 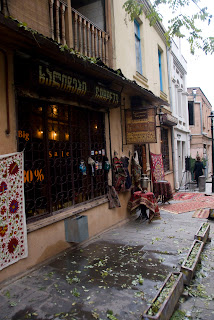 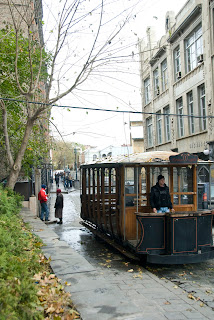 This trolly is no longer in use but sits here for, I imagine, photographic opportunities. 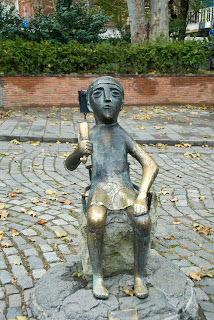 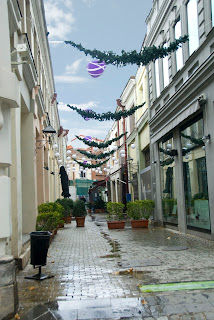 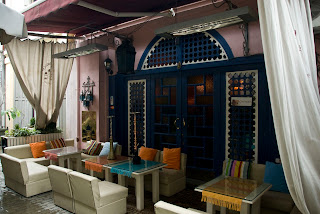 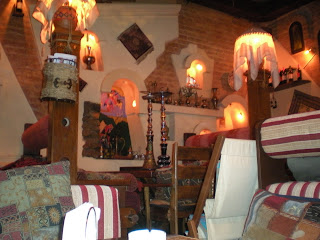 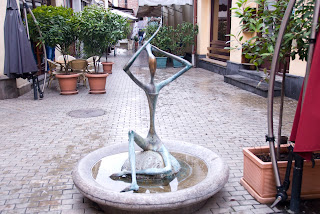 The city is full of these random statues. I wish I could have got pictures of more of them. 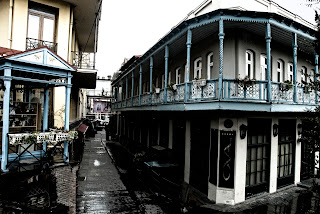 Had some fun with Photoshop effects. 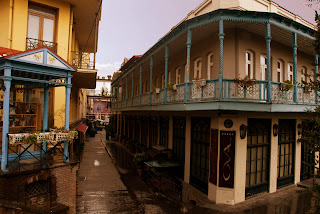 In addition to being charming, Georgia is known for it's good food and wine. While I only have one picture of the food, I can attest that the reputation it enjoys is spot on. 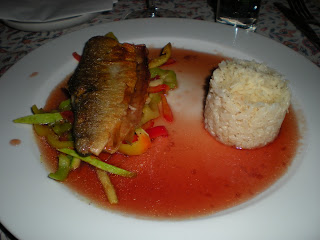 Baked trout in pomegranate sauce. Yes.
I had dinner one evening at a traditional Georgian restaurant and the yumminess was awesome. Most notably, and something I will try to duplicate at home, eggplant covered in this walnut paste stuff. Dude. Dinner also came with three bottles of excellent Georgian wine; one white and two green. I am already planning a future vacation to explore the wine regions of Georgia. I did not drink all three bottles by myself but think I had the majority of the third bottle since my colleague was driving.

Speaking of driving-scary. I don't think I've ever experienced traffic quite so scary. People drive down the center lane, make u-turns in traffic circles, and have to back down streets when they cannot fit through. Part of the problem I think are the extremely narrow mountainous roads that people park on either side of ensuring that there's only enough room for one car to squeeze through. Which probably wouldn't be a problem if there were one way streets; but there aren't.

Views in the evening are almost as nice as those by day. These I took from the balcony of my hotel's restaurant. 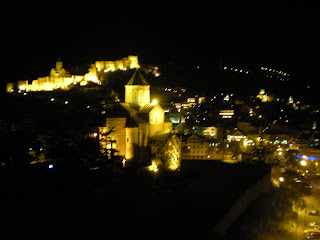 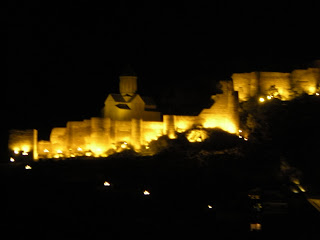 I was really sorry that I wasn't able to spend more time exploring Tbilisi. The architecture, while often sadly neglected, is amazing, Old City charming, shopping extensive, and the food and wine delicious. I'm definitely planning a return trip that won't be bogged down by work and head banging attempts to get a visa from the Embassy of Azerbaijan.
Posted by Andrea at 04:16