Ok so we're back to red. In my defense I drank this one a little while ago before starting this push into whites. 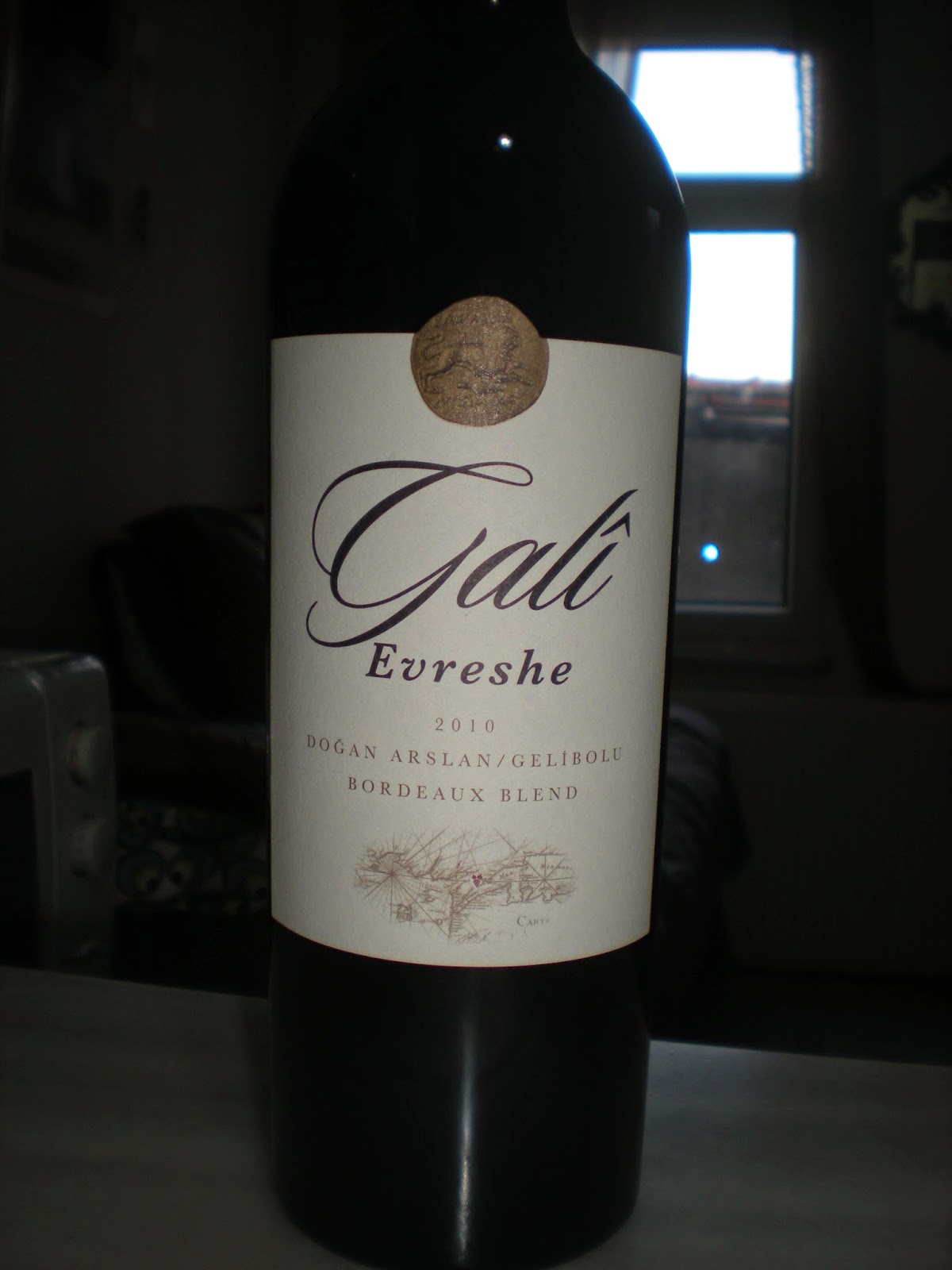 The Gali is the most expensive wine I've bought so far running around 50TL/bottle. Was it worth it...eh. It wasn't bad! Quite the contrary. With an intense, dark plum color, light tanins, a soft feel, and a smooth flavor the Gali Bordeaux was quite drinkable. But compared to some of the cheaper red wines I've had hear, most especially Terra's Bogazkere and Kalecik Karasi, I'm just not sure it's worth shelling out almost twice the amount for the Gali. 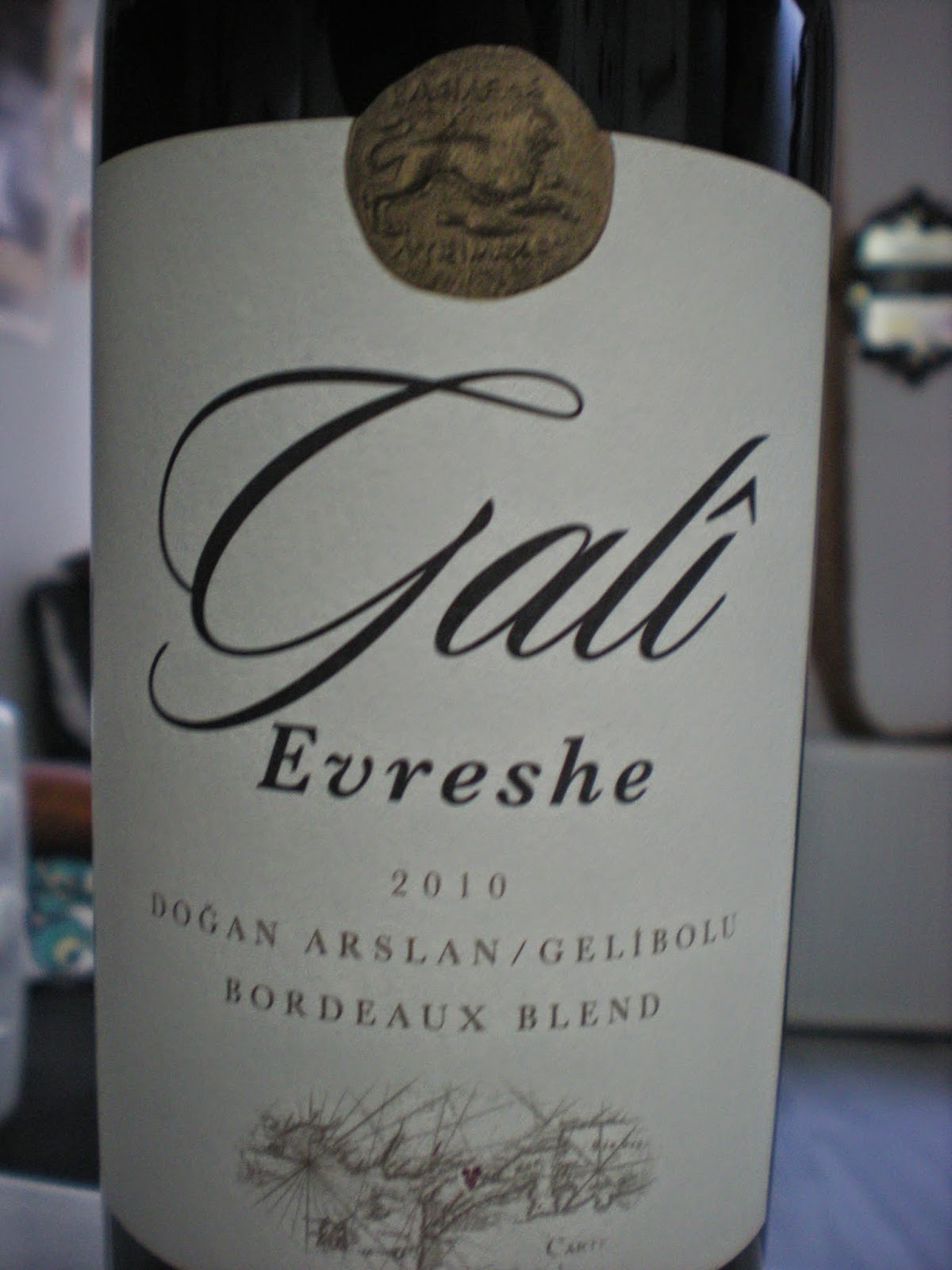 Price is not always an indicator of a good wine in the states or Western Europe. One of my favorite wines when I lived in DC was an $8 bottle of Zinfandel.* However here the opposite is usually true in that the higher priced the wine is, the better the quality, as with the 100TL bottle of Prodon I plan to splurge on for my birthday. The Gali though...good but no, not worth the 50TL.

*Just to give you an idea of mark up here in Turkey. Between the old alcohol taxes, import taxes, and the new alcohol taxes imposed last year, a bottle of Ravens Wood Old Vine Zinfandel, which runs between $12-15 at Trader Joe's, costs 95TL (about $42) here. That's a difference of roughly $30 dollars making it nearly three times the cost.
Posted by Andrea at 16:43