I'm a little late with this week's post. It's so hot and humid in Istanbul these days it seems that even the Internet can't be fussed to work. Knock on wood but it seems to have recovered at least a little today, although I have to compose all my emails in advance so I can hit 'send' during one of its working moments. 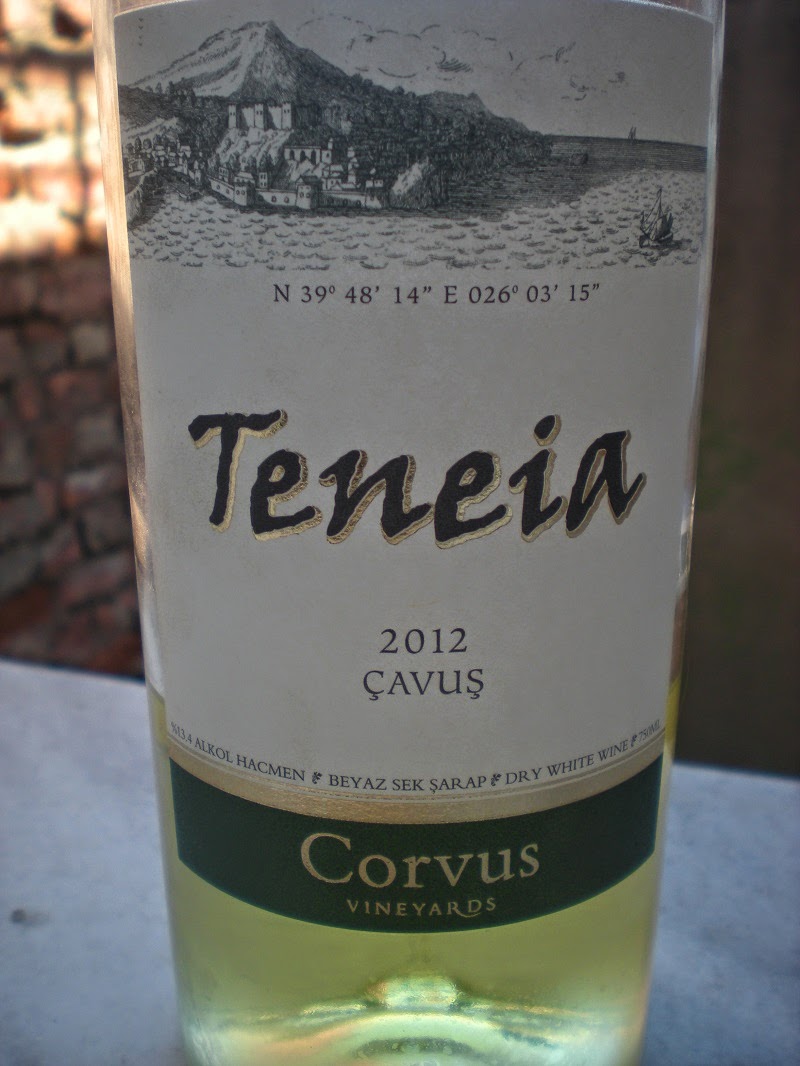 But back to the point. I've had a couple wine now from Corvus and I'm not sure that I'm a fan. Could be I'm just picking the wrong grapes. Th Corvus Tenia is a single grape wine made out of the Çavuş grape. Unfortunately I have no information about this grape despite somewhat exhaustive online searching. Even my trusty Wines of Turkey website let me down. If anyone can tell me about the properties of Çavuş, please do!


What I got out of it from my own, not so keenly honed, senses was that it's so Chardonnay adjacent as to be a first cousin. One that married its first cousin Chardonnay at some point.

It has a nice color which is probably the last good thing I'll say. A nice dark, yellowish gold which I, correctly or not, associate with barrel aging. It was very floral on the nose which also came out in the flavor. I tasted mostly the floral and some citrus and I'm going to go out on a limb and say there was also a little butteryness from the suspected barrel aging.

If you like dry white (which I don't) and/or Chardonnay (which I also don't) then you might like this. I'm not saying it was terrible, just that it wasn't to my taste. But if this ever made its way back into my wine cupboard here I'd probably save it for use as a cooking wine.
Posted by Andrea at 03:24