Behind the T-walls: Istanbul RRB

What's an RRB you ask? It stands for Regional Rest Break. Like the R&R, but shorter...and most people don't usually stray very far from Iraq. My first stop was Istanbul, for a few days before heading onward for the Eternal City (Rome). As you'll recall from the previous post, I was in the throws of death from the stomach flu when I arrived to Istanbul on Ash Wednesday. I spent most of that first afternoon after my arrival holed up in my room just trying to hydrate and get my strength back. When I emerged the next day, I'd finally started to feel (nearly) human again. 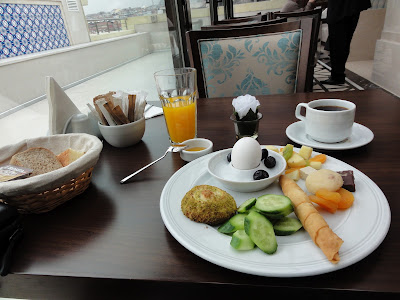 I enjoyed breakfast in the rooftop restaurant of my hotel, though I think I only managed to get down the egg, cucumbers and a slice of bread. Not bad actually. The cookies I took with me for a snack later.

Since I'd been to Istanbul almost exactly 9 years earlier, I decided I wasn't in a huge hurry to see all the usual touristy stuff immediately. Though I would certainly get to it, but at my own pace. In the meantime, I wanted to slow down my own pace, relax, and just wander whereever I felt like and see where it took me.
The first thing that caught my eye were these, Turkish Walnut Kome, delicious sweets made from mulberry, honey, milk, fruit pulp, and filled with walnuts. They also have something like this in Iraq, but the ones I've seen are dark purple/black and made from date paste. 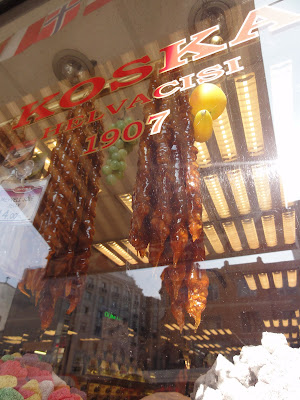 Kome hanging in the window at the sweets shop 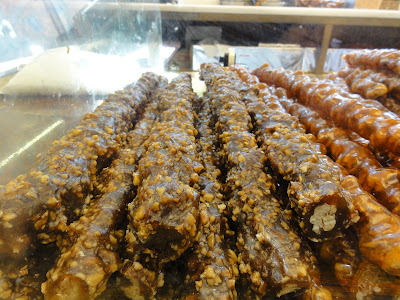 Kome ready for weighing and sale 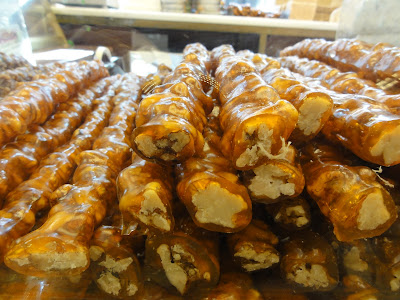 This is one of my favorite kinds of baklava - it looks quite a bit like dolma (the stuffed grape leaves kind), and gets its green color from the pistachios. I find that I also find that I quite enjoy the chocolate baklava, though a little bit weird, but since it's chocolate, and nuts, and honey, and delicious sweetness, really, what can possibly be wrong with it?! 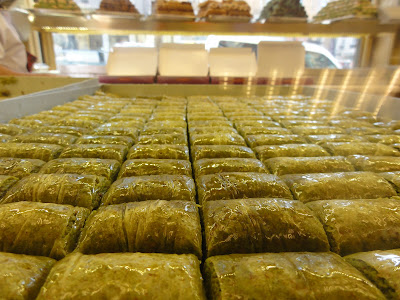 I just kept walking through the city and found some strange mannequins, and wholesale clothing shops who wouldn't sell me clothes by the piece. It was frustrating, especially because all the shopkeepers were Russian, and I was embarrassed because I could barely muster enough words in Russian to have a basic conversation. All the words in my brain were in German, and Arabic (if there were any). *sigh* I can blame it on still being sick, right?

I wandered into the touristy area of Sultanahmet, and took the time to check out the Blue Mosque, Sunken Cistern, and the Hagia Sofia. As Andrea has blogged extensively about these places in the last year, I will leave you to check out her synopsis of them here, here, and here. 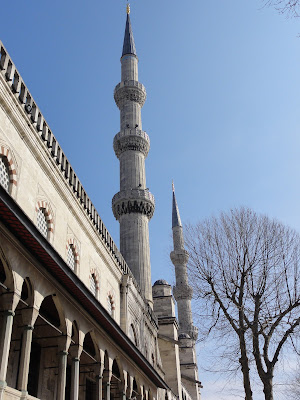 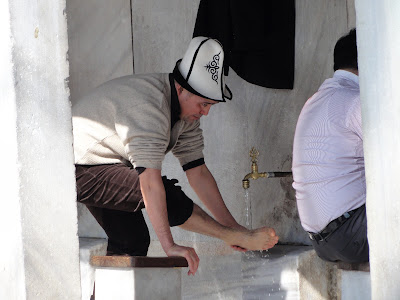 A Kyrgyz man ritually washing in preparation for midday prayers. 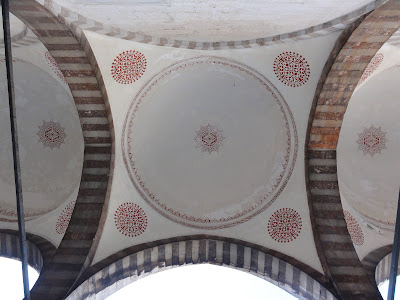 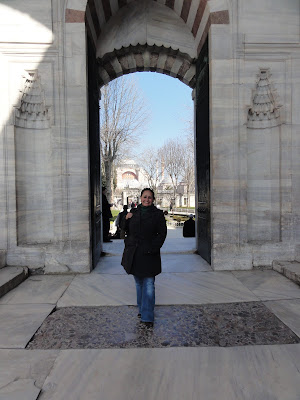 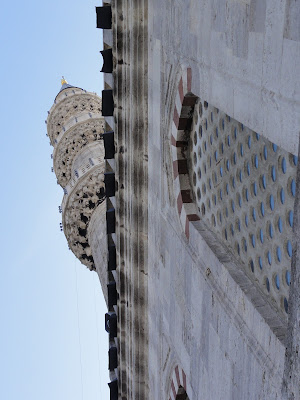 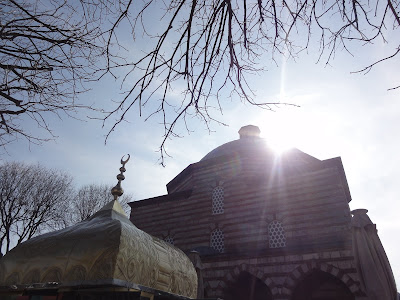 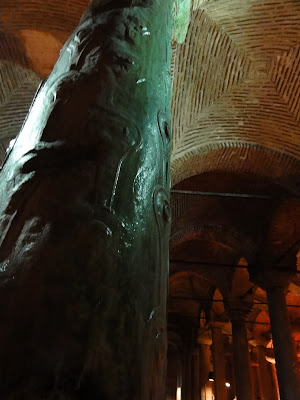 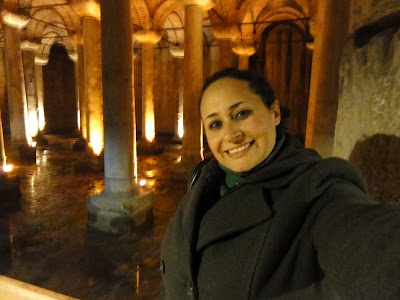 Inside the Basilica Cistern 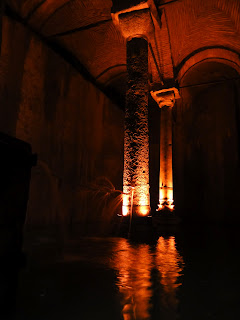 All in all, it turned out to be a decent first day back to Istanbul. Once my stomach flu was in the clear, I also started to eat some of Turkey's signature cuisine. I will post about my first epic meal next.