In my rush to say what a marvelous time I was having on my latest travel adventure I completely forgot to post about my Easter dessert celebration. Similar to my sugar coma birthday (in idea if not scale) I had some friends over for dessert. I gave up all junk foods during Lent and what I missed the most was sugar. So the day before I left the country for 2.5 weeks I decided to make a bunch of desserts.

I started out making what I call a Chocolate Covered Strawberry cake. This is the same as the White Chocolate Passion Fruit cake of a few years ago but with strawberries. This one is more fun though because you can put the fruit between the cake layers-a little hard to do with the neon yellow goo that is the passion fruit. 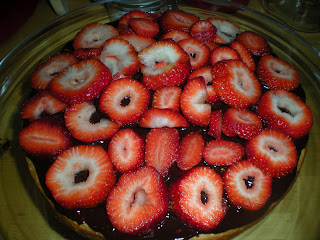 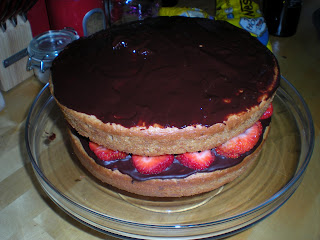 Between the two layers of cake I spread first a generous amount of ganache then put strawberry slices into the ganache. I let it sit a little while in the fridge to cool before putting on the second cake layer and more ganache. Once the top layer hardens it's ready to be covered with the white chocolate mousse.

Next I made German Chocolate Brownies. I used a box brownie mix (I think they're really good) and added shredded coconut and pecans. Then I made caramel as I did for the Rita Hayworth cake and poured it into the brownie batter. 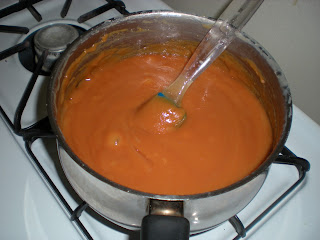 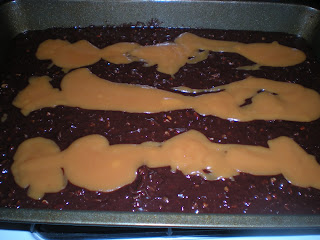 Lesson learned: next time I'll pour the caramel in strips the short way rather than the long way. More caramel per square that way.
I also made raspberry macaroons with a recipe I got from Smitten Kitchen. Hers turned out much prettier than did mine but they still tasted good. I used frozen raspberries instead of fresh ones and I wonder if that was the difference. I'll have to try making them again soon. It was a really easy recipe since you're just blending things in a food processor which I appreciated as mine rarely gets a workout. 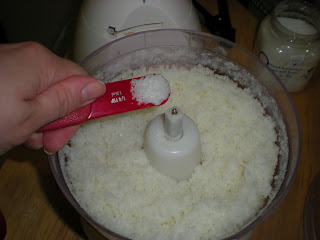 Adding the sea salt to the coconut 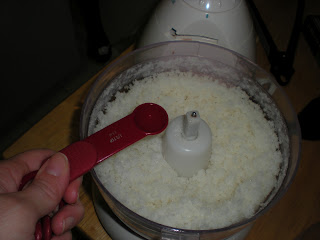 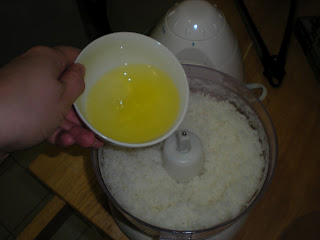 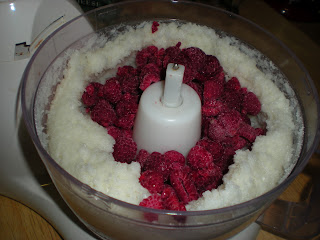 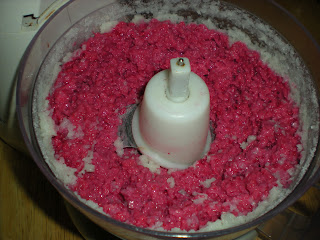 I have a feeling my batter was too wet because of the frozen berries so I also had a hard time scooping it out onto the parchment paper-and I had to bake them longer than her recipe indicates. 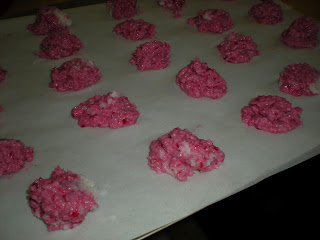 In addition to these I also again made the lemon goat cheese cake with wild blueberry compote (from Sugar Coma), dipped strawberries in chocolate, cut up some of the left over caramel and put it out with fleur de sal and melted chocolate, and put out some cheese (which I didn't make). 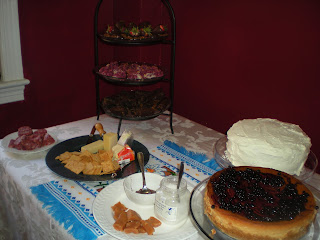 Thanks to everyone taking home leftovers I didn't waste anything and the few pieces of things I was left with I ate for breakfast and lunch before leaving on my trip!
Posted by Andrea at 06:02